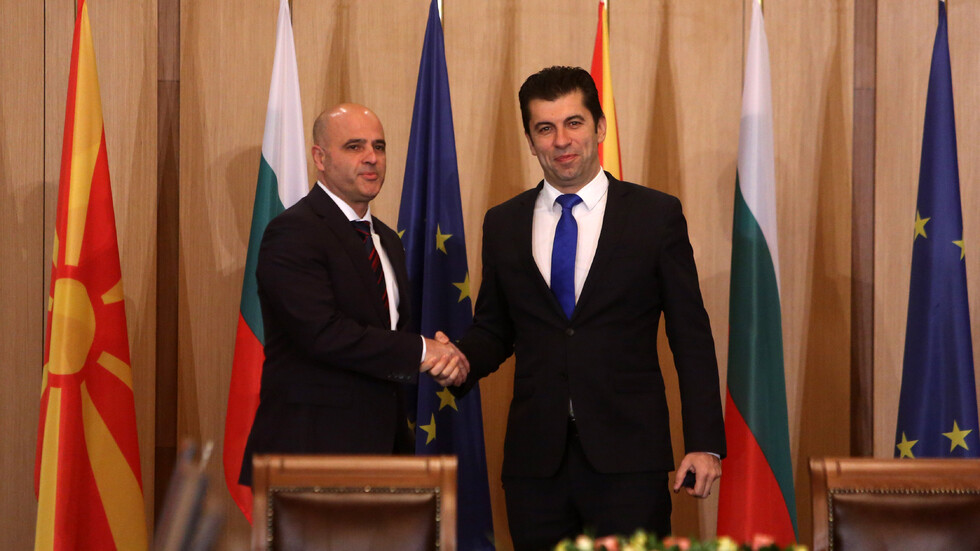 The governments of the two countries had a joint meeting

Sofia and Skopje signed three memoranda at the second day of the visit of North Mcedonian government in Bulgaria.

The documents cover cooperation in agriculture, supporting small and medium-sized enterprises and the construction of a railway line between Skopje and Sofia.

“Bulgaria will not change the members of the Joint commission for historical and educational issues. They will meet more often with their counterparts from North Macedonia", Bulgarian Prime Minister Kiril Petkov said.

“Macedonian Bulgarians will be added to North Macedonia’s constitution as nation-building people. However, this will not happen soon, because the current government does not have the constitutional majority to pass this bill in Parliament”, North Macedonia's Premier Dimitar Kovachevski said.

After the joint meeting of the governments of the two coutries it was announced that in 2023 the Klepalo border checkpoint may be unveiled on the Bulgaria- North Macedonia border.