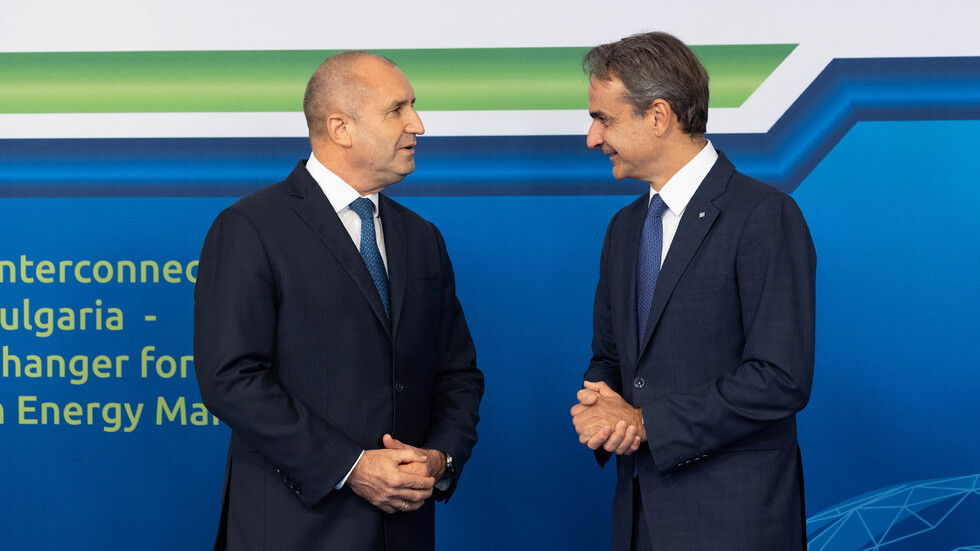 "Finally, we have a real gas flow from Azerbaijan", he said

IGB is changing decisively the European energy map, President Rumen Radev said at the launch of IGB commercial operations in Sofia on Saturday.

Radev said: "Finally, we have a real gas flow from Azerbaijan." This project is important for many countries, he said, adding that "with the expected launch of the LNG terminal in Alexandroupolis, the region will get long-awaited opportunities for real diversification".

"IGB is far more than an infrastructure project; it is a symbol of the growing potential of our region, of successful cooperation and connectivity, which contribute to our sustainable economic development by implementing the single European strategy for more affordable and secure energy," Radev said. In line with this strategy, Bulgaria has been expanding the capacity of its Underground Gas Storage Chiren so as to support its neighbours to better balance their gas networks.

Radev thanked everyone involved in IGB's implementation. "Being here today, we demonstrate our resolve and united response to the disrupted supply chains and volatile prices caused by the energy crisis and the Russian war in Ukraine," he said. "The war has rapidly changed our thinking, our perception of what neighbours and solidarity mean."

After Russia halted gas supplies to Bulgaria, it turned to its neighbours. Sofia highly appreciates that Greece provided access to its gas transport infrastructure, and that Turkey provided timely access to its LNG terminals.

On the strength of IGB's success, the countries can think in the longer term. Radev said: "Today the key to success lies in joint projects, connectivity and integration in all dimensions." The European countries should start thinking together and develop a joint vision and strategy for their common future: to supply energy resources together, to develop new technologies, to build a new energy infrastructure, to integrate their energy storage capacity, to generate together the energy of the future.