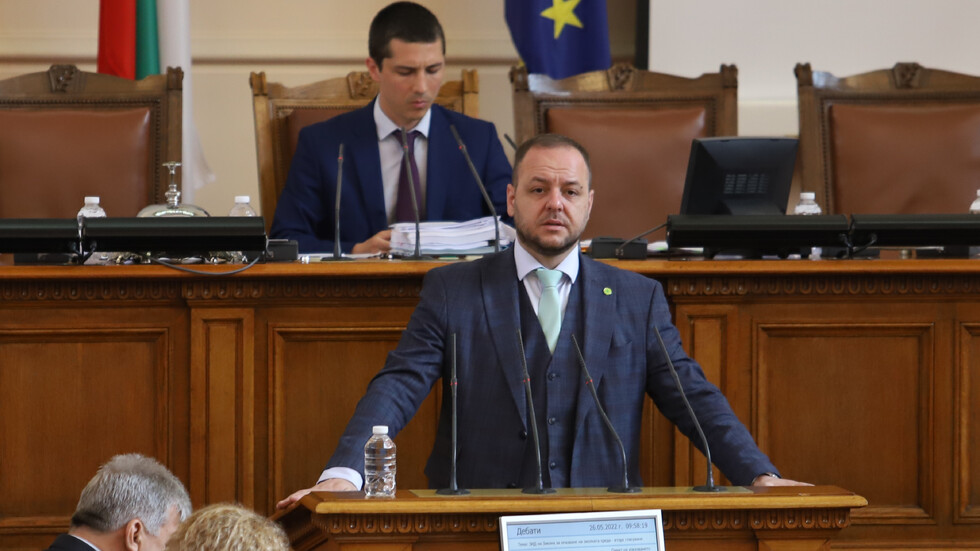 The sponsor of the bill, the Council of Ministers, proposed restoring the second instance

First-instance environmental impact assessment decisions concerning facilities of national significance or strategic importance will be considered final if made on complaints dated before July 1, 2024, the National Assembly resolved on Thursday, adopting amendments to the Environmental Protection Act on second reading. Such complaints will be handled by the Supreme Administrative Court, and the proceedings should be completed within six months after the complaint is submitted.

The sponsor of the bill, the Council of Ministers, proposed restoring the second instance. The proposal was welcomed by the non-governmental sector, but the competent parliamentary committee rejected it in early April. On Thursday, the majority rallied around an idea by Vladislav Panev MP of Democratic Bulgaria to set a single-instance complaint deadline on July 1, 2024.

Environment and Water Minister Borislav Sandov hailed the provisions which passed in the debating chamber. "I think a good balance was achieved with today's decision," Sandov told BTA.

"On the one hand, the second instance is being restored, and on the other hand, a grace period is established." Sandov also approved of letting the Supreme Administrative Court handle the proceedings and having them end within six months.

The Environmental Protection Act amendments are aimed to upgrade Bulgarian legislation and transpose EU directives into it. This will help terminate some of the European Commission's infringement procedures against Sofia in the field of the environment, the minister said.