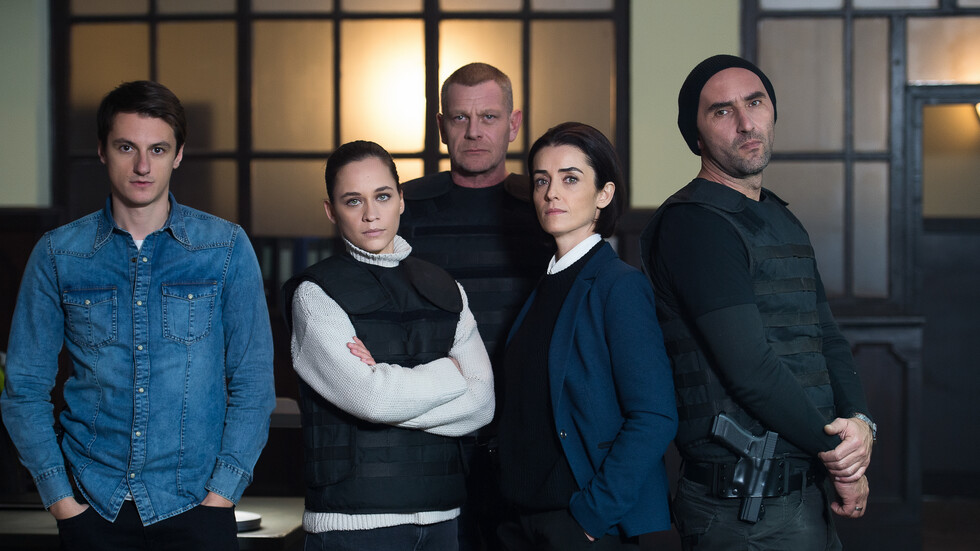 NOVA’s criminal series is the most awarded Bulgarian TV series

NOVA series “The Hunt for Salamander” and actor Yulian Vergov have been nominated at the prestigious international film festival Septimius Awards. The Bulgarian crime series is one of the eight productions nominated in the Best Series category, while Yulian Vergov will compete in the Best European Actor category for his role as detective Kamen Petkov.

“The news is recognition for Nova Broadcasting Group’s long-year commitment to investing in high quality film productions and being one of the key drivers behind the development of the Bulgarian movie industry. I am happy to announce that “The Hunt for Salamander” is the most awarded Bulgarian TV series. The huge efforts of the whole team are behind this success and their work continues to reap rewards at big international film festivals,” said Dirk Gerkens, CEO of Nova Broadcasting Group and Director for Programming, Production and Advertising Sales at United Media.

The Septimius Awards are one of the most prestigious international film and TV forums, focused on independent film productions, new talents and visionary ideas by artists around the world. Unlike traditional forums, the organizers of Septimius Awards have implemented a unique approach, distributing the categories in three groups based on continents.

“I am proud with the nomination of “The Hunt for Salamander” not only as a producer, but also as a person and as a Bulgarian. This is huge recognition for me and for my co-workers – for all the love and hard work we have invested. And Yulian Vergov’s nomination for best European actor is absolutely deserved. “The Hunt for Salamander” is a project we have invested a lot of passion and desire in and this can be seen on the screen” said executive producer Aleksandar Hristov (Albion Films).

The awarding ceremony, which will take place in early-June this year in Amsterdam, will be attended by part of the team behind “The Hunt for Salamander”, who will be there alongside Oscar winners Christopher Hampton and Kevin Willmott.

“I am extremely happy with the latest international recognition for “The Hunt for Salamander”. This is indeed the most awarded Bulgarian series. Many people from the creative team have been awarded in multiple festivals – for directing, camera work, music, acting. The latest recognition is coming from the festival in Amsterdam, where we have two fresh nominations – my own, which makes me very happy, for best male actor, and for best series. I hope we will win. I would like to thank NOVA,” said actor Yulian Vergov.

“The Hunt for Salamander” is already the winner of more than 10 awards, including for best TV series at the 2021 Madrid Film Festival (one of the qualified festivals on the world’s biggest film website IMDb) and the International Film Festival in Buenos Aires. The premier of the original productions outside Bulgaria happened at the SERIES MANIA festival in Lille (France) in August last year.

About “The Hunt for Salamander”

“The Hunt for Salamander”, which was one of the accents in Nova’s 2021 spring TV season, has an intriguing, multi-layered plot, evolving around a mysterious murder, which resulted in a tragedy with dramatic consequences for the life of detective Kamen Petkov and his ex-wife, senior commissioner Ralitsa Petkova. The show also follows some unusual criminal cases, touching on common human topics such as the unconditional love of parents, revenge, cruelty, and forgiveness. The characters are magnetic, bright and ambiguous, spurring controversial emotions among viewers, too.

The production is the result of the work of an experienced team of professionals and impressive cast, including some of the most talented and most popular Bulgarian actors with multiple roles in the movies and the theater: Yulian Vergov, Ana Papadopoulou, Hristo, Petkov, Elena Telbis, Plamen Dimov, Ivan Barnev, Vessela Babinova, Koyna Ruseva, etc.

They are joined by Croatian star Iva Mihalic. “The Hunt for Salamander” is based on the original idea of script writer Aleksandar Chobanov. It is directed by Dimitar Dimitrov and Victor Bozhinov, who have gained prominence with their work in some of Bulgaria’s most successful productions in recent years. The music for the show was created by Maksim Eskenazi. The executive producer of “The Hunt for Salamander” is Aleksandar Hristov (Albion Films).

About the Septimius Awards

The Septimius Awards are an annual international film and TV festival. The prestigious awarding ceremony for the winners will take place on June 7th, 2022. The organizers of the festival are focused on the efforts to encourage and discover talented independent film and TV projects in all genres – feature films and documentaries, animation, TV series and script. A key criterion in the process of selecting the projects is to make sure they combine the necessary elements of successful film production – good script, talented cast and excellent quality of the shooting. The main priority of the Septimius Awards is to present projects based on quality and originality.