President: French proposal on Sofia-Skopje gridlock "best and fairest yet" 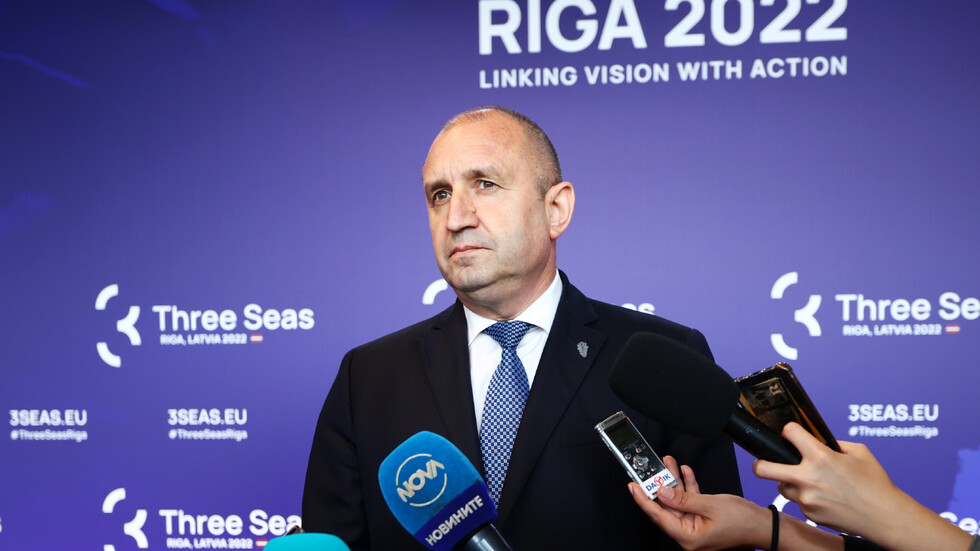 Approached by journalists during his visit to Latvia on Monday, President Rumen Radev described the French EU Council Presidency's proposal for breaking the Sofia-Skopje gridlock as the best and fairest yet. In his words, these bilateral issues should be considered at the EU level because this is not just a bilateral dispute over history.

According to Radev, the Council of Ministry is the body that should elaborate Bulgaria's framework position on the matter because of the Foreign Ministry's expertise, and Parliament should then vote on that position.

On Saturday, President Radev described the French proposal as a step in the right direction but added that many issues must be cleared before Bulgaria can lift its veto on the start of EU accession negotiations with the Republic of North Macedonia. He slammed the Bulgarian Government for failing to elaborate a Bulgarian proposal on the matter and for transferring the full responsibility for a decision on the French proposal to the National Assembly, without expressing a position.

Radev was referring to the Cabinet's decision of June 15 that all proposals concerning the Republic of North Macedonia will be submitted to Parliament for approval. As a result, the French EU Council Presidency's proposal has been tabled at the parliamentary Foreign Policy Committee rather than the Council of Ministers.

"The Prime Minister cannot table someone else's proposal without expressing his opinion. He is not a courier, he is a prime minister," Radev told reporters back then.

In Riga, Radev also commented on the upcoming vote of no confidence in the Government. In his words, if the work of institutions and Parliament continues to be blocked, elections will be unavoidable but that would be the worst-case scenario.

"The parliamentary represented parties should act responsibly and direct the debates and the no-confidence vote towards solving people's interests," the Bulgarian head of State said. "Before we talk about debates, voting, early elections in the coming days and weeks there are many important challenges to solve within the competence of the current government and parliament, and they cannot escape from them," he added.

Radev was in Riga on Monday to take part in the Three Seas Initiative Summit and Business Forum.