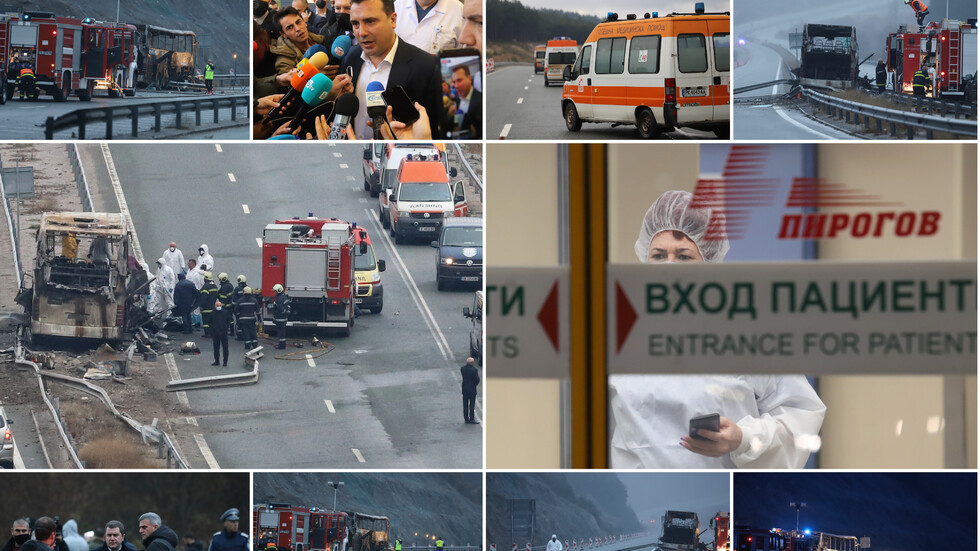 The accident happened on Struma motorway

45 people died in a severe accident on Bulgaria’s Struma motorway on Tuesday. A North Macedonian bus travelling from Turkey to Skopje crashed and burst into flames. 11 children are among the victims.

Seven of all 52 passengers leaped from the burning bus after breaking a back window. They were taken to Pirogov Hospital. The medics later said they had no life-threatening injuries.