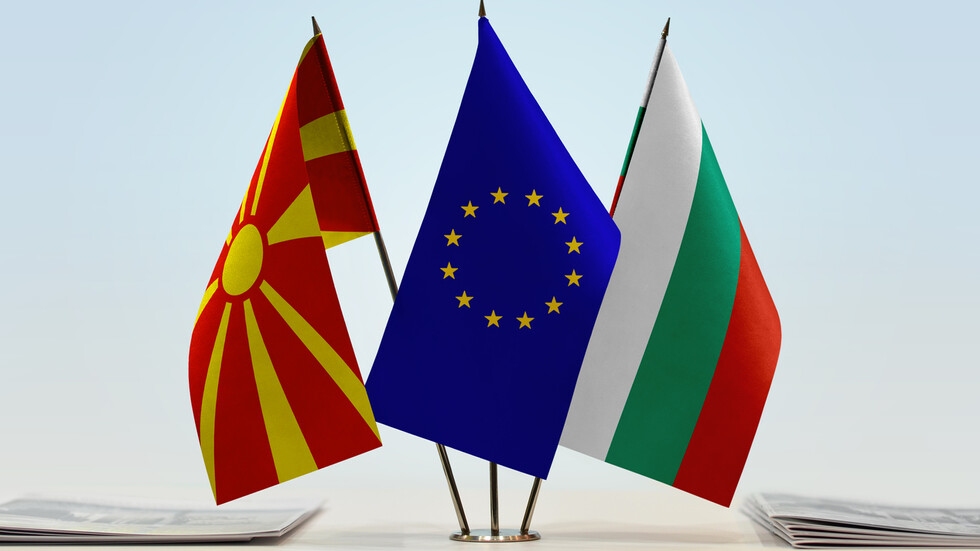 Former prime minister and GERB leader Boyko Borissov said that his party would back lifting the Bulgarian veto on the start of EU accession talks with Skopje, if an extraordinary sitting of Parliament on the matter is held later that day

Movement for Rights and Freedoms (MRF) leader Mustafa Karadayi said Wednesday evening that his party has submitted to Parliament a resolution for approving the French EU Council Presidency's proposal for unblocking the start of Skopje's EU accession talks in return for EU guaranteeing fulfilment of the conditions set by Sofia. GERB said they would do the same on Thursday.

"We have been watching for a year these ministers, whose resignation we just adopted, not doing anything in that regard," Karadyi said in Parliament. "We can rather say that they tried to impede this process, as in Brussels they were constantly saying one thing, while in Bulgaria they were saying the opposite," he went on to say.

The MRF leader said that Wednesday's Government meeting is proof of this. The Cabinet could not draft a resolution to submit for approval in Parliament, as is the normal logic and procedure. "That is why we submitted this resolution to Parliament," he said.

Earlier on Wednesday evening, GERB Floor Leader Desislava Atansova said in a declaration in Parliament that GERB-UDF's Parliamentary Group will submit on Thursday a draft resolution for approving the negotiations framework with the Republic of North Macedonia that would guarantee that Bulgaria will not miss out on this historical moment [the French proposal] and its national interests will be protected. She said that they're inviting all parties pro-European parties in Parliament to support the initiative.

Also earlier on Wednesday, former prime minister and GERB leader Boyko Borissov said that his party would back lifting the Bulgarian veto on the start of EU accession talks with Skopje, if an extraordinary sitting of Parliament on the matter is held later that day. "If we have a [real] Prime Minister, he should convoke a government meeting on the issue of North Macedonia with immediate effect and submit the French proposal to Parliament," Borissov said in a statement for the press.

His call to action, however, was rejected by the Prime Minister's Continue the Change party.

Borissov also said: "If the Prime Minister does not do it, the GERB Floor Leader will talk to the Euro-Atlantic parties in Parliament and, if they agree, they will submit jointly the French proposal at a meeting of the Parliamentary Foreign Policy committee and take on the role of the Prime Minister."

With the Prime Minister accused consistently by the opposition of pursuing his own agenda with regards to North Macedonia and diverging from the official Bulgarian policy, the Government recently resolved that all matters related to the EU accession talks with Skopje be made by Parliament. That is why last week France, which holds the rotating EU Council Presidency until the end of June, submitted a proposal for breaking the Sofia-Skopje gridlock to Parliament's foreign policy committee.

Making a decision on that now has become a matter of emergency as one is widely expected before a EU-Western Balkans leaders' meeting on June 23 and a EU summit on June 23-24.

EU Enlargement Commissioner Oliver Varhelyi commended Borissov's statement in a tweet. "We thank leader of opposition GERB Boyko Borissov for making a historical decision for Europe & for the Republic of North Macedonia to accept negotiation based on French proposal allowing to proceed with opening accession negotiations with Skopje. We expect the government making necessary proposals to Parliament today so Europe can move forward", the Commissioner wrote on Twitter.

A Facebook post by the Prime Minister Petkov's Chef de Cabinet, Lena Borislavova, made it clear that the former is determined to stick to the decision that all matters related to the Republic of North Macedonia be handled first by the Parliamentary Foreign Policy Committee and then by the plenary before finally reaching the government.