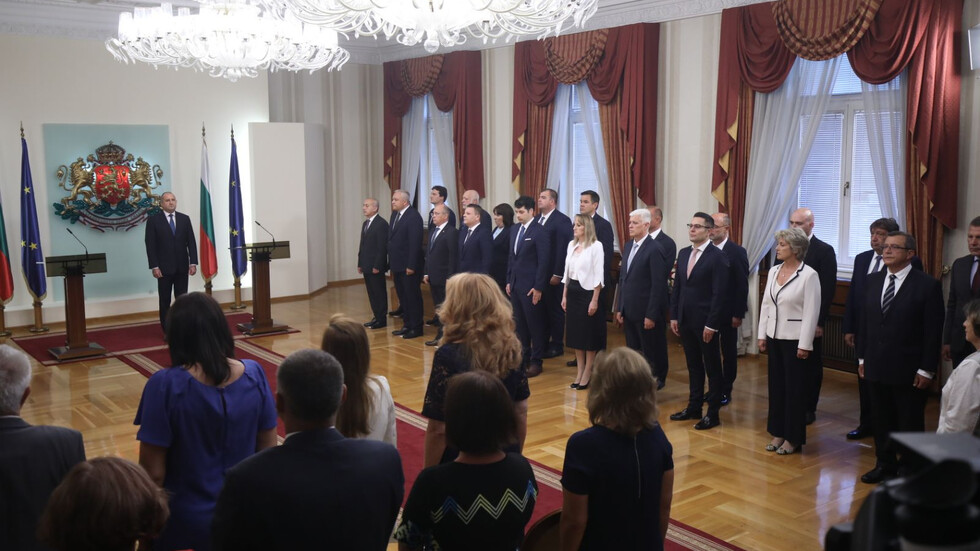 The official ceremony was held in the Presidency building

Bulgaria’s President Rumen Radev presented his fourth caretaker cabinet. It will be in power until the snap parliamentary elections on October 2. The new ministers were sworn in at an official ceremony in the Presidency building on Tuesday.

"You are taking the responsibility for the coubtry at such difficult times. There are public fatigue from the sharp political opposition, swirling inflation, high fuel and energy prices, lack of natural gas for the winter, regulatory blockage, crumbling road network, protests, lack of prepared laws under the Recovery Plan and stalled judicial reform and important activities for our full integration in EU," the head of state said. He added that dealing with all of these problems must be the top priorities.

“The caretaker cabinet is not team B in the country’s governance. The 100th government will not be given 100 days of tolerance. I expect that my colleagues will be fully dedicated to their job - to organize and hold fair elections, restore confidence between institutions, find a way out of all crises, reduce political tension and continue to work on the Recovery and Resilience Plan,” the new caretaker Prime Minister Galab Donev said.