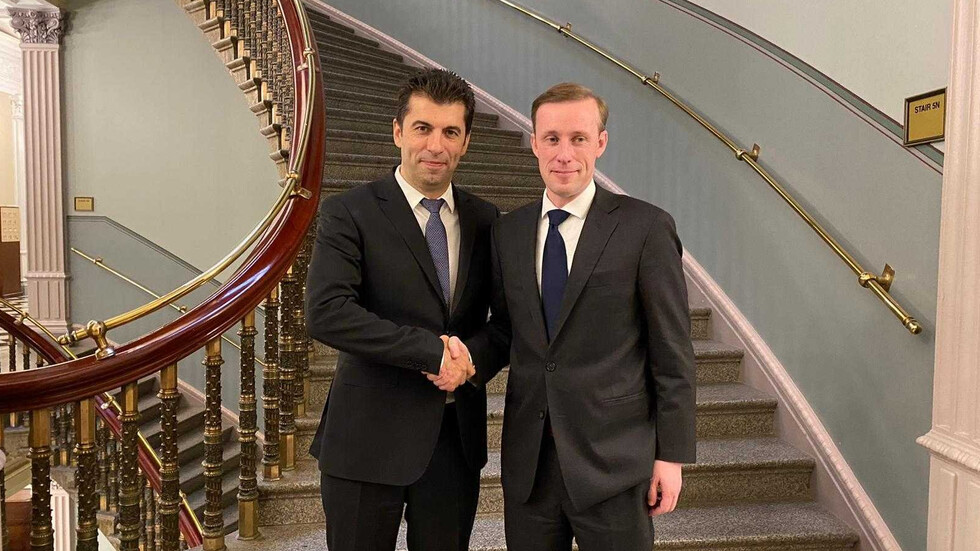 Bulgaria's Prime Minister is on a visit to Washington

Bulgarian Prime Minister Kiril Petkov, who is on a visit to the United States, spoke at the World Bank headquarters in Washington about provision of technical assistance for reforms in Bulgaria, as well as about infrastructure, healthcare and projects under the Recovery and Resilience Plan.

The Bulgarian delegation has received support from the administration of President Joe Biden for the country's efforts in the fight against corruption, the government said. PM Petkov met Under Secretary of State for Political Affairs Victoria Nuland, Senior Advisor for Energy Security Amos Hochstein and Head of the Office of Sanctions Coordination James O'Brien.

Petkov also spoke with the National Security Adviser Jake Sullivan. They exchanged views on Russia’s unprovoked military aggression against Ukraine, reaffirming their readiness to continue supporting the people and government of Ukraine and imposing costs on Russia. Sullivan underscored U.S. solidarity with Bulgaria in the face of Russia’s latest attempt to use energy as a weapon, and discussed with the Prime Minister ongoing efforts to strengthen European resilience by further diversifying European energy supplies. Sullivan expressed support for the Bulgarian government’s focus on rule of law and anti-corruption reforms. They also discussed the importance of promoting stability and prosperity in the Western Balkans.