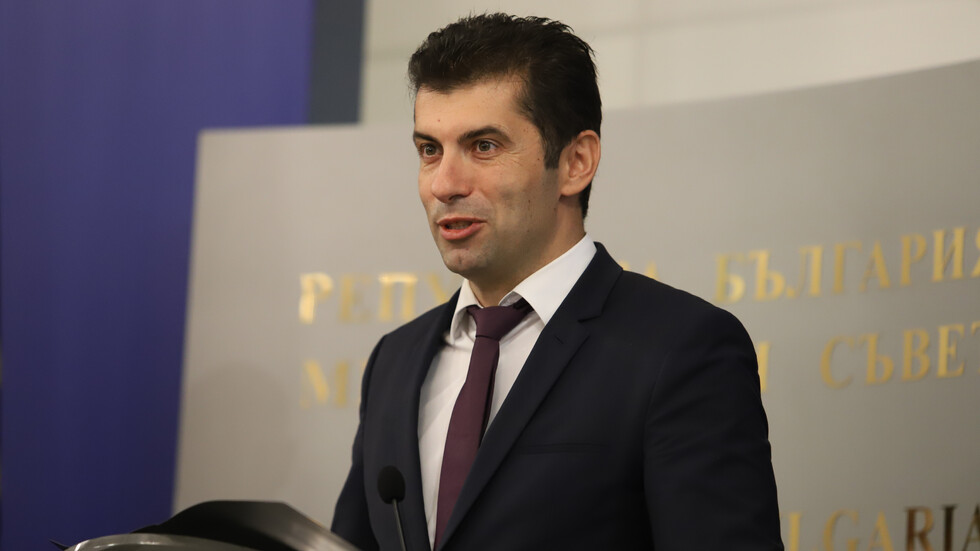 According to him, Wednesday's discussions in Parliament, in outgoing Foreign Minister Teodora Genchovska, were also used to divert the public's attention from other issues

The North Macedonia topic is used as a decoy, said Prime Minister Kiril Petkov here on Wednesday after his Cabinet's regular weekly meeting.

He confirmed that the Government has adopted a decision, which provides for all proposals made by the French EU Presidency or a Member State concerning the Republic of North Macedonia and its EU membership negotiations to be submitted for discussion to the Parliamentary Foreign Policy Committee.

"From here on now, no politician can say that the Government is capable of taking unilateral actions. The decision is Parliament's," Petkov commente, adding that the Council of Ministers made a clear and unambiguous decision.

According to Petkov, Wednesday's discussions in Parliament, in outgoing Foreign Minister Teodora Genchovska, were also used to divert the public's attention from other issues.

"The fight against the mafia continues. Do not fall into the traps they're trying to use to divert the public's attention," the Prime Minister said.

According to him, the news of the day is the report by the interdepartmental commission between the ministries of Finance and of Regional Development, which established violations in the construction sector worth BGN 2.5 billion. He gave as an example a finding in the report, where six metres of a water pipe cost 1 million leva.

"Germany's Finance Minister [Christian Lindner] promised to send border guards to our border with Turkey. This is unprecedented, because there will be external control on this border. Not only did the Bulgarian State gain control, but now there will be German customs officers. On the day this was announced, they wanted a no confidence vote [in our Government]," Petkov said.