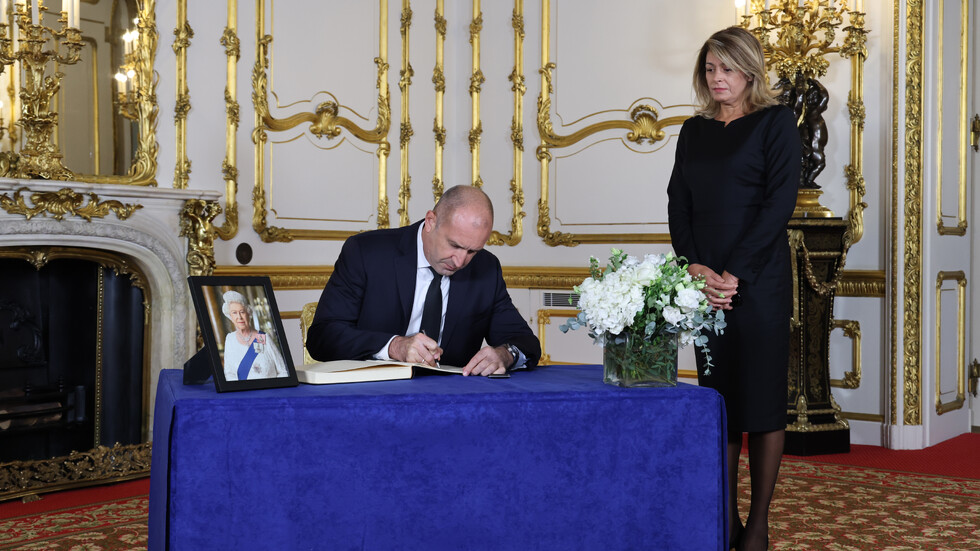 Bulgaria's President Rumen Radev and his wife Dessislava Radeva paid their respects before the mortal remains of the late Queen Elizabeth II.

"With her foresight, with her strong statesmanship and dedication to her mission in the service of her country and people. Meetings with her leave an unforgettable memory of wisdom, benevolence, of the amazing way in which she transferred the lessons of the past to the challenges of our time. It is no coincidence that even in her death, Queen Elizabeth continues to unite, not only her countrymen, who wait for days to bow before her memory, but also the whole world," Radev said in London.

On behalf of the Bulgarian people, the President expressed sincere condolences to the royal family and to the people of the United Kingdom of Great Britain and Northern Ireland.