PM Donev confers with WHO regional director for Europe Kluge 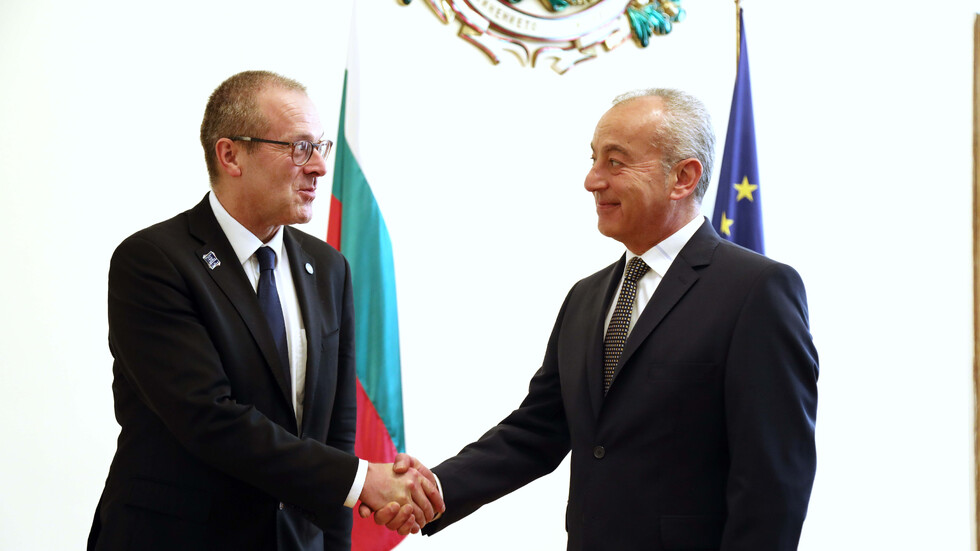 Caretaker Prime Minister Galab Donev conferred with the World Health Organization’s (WHO) Regional Director for Europe, Dr. Hans Kluge, the Council of Ministers’ press service reported here on Monday. The two exchanged views on current topics related to healthcare in region of Europe. The excellent cooperation between Bulgaria and WHO was confirmed during the meeting.

Donev highly assessed the WHO’s efforts to deal with health challenges in the region in light of the deteriorating environment as a result of the military actions in Ukraine and the ongoing COVID-19 pandemic.

The caretaker Prime Minister noted the work of the WHO’s Regional Office for Europe for reinforcing health security in Europe and supporting the countries in the Western Balkans.

Concern was expressed during the meeting about the challenges facing health security in the region as a result of the military conflict in Ukraine and the refugee wave in Europe. Donev was adamant that humanitarian workers and medical staff must be ensured unimpeded access to the injured and those in need.

The refugee crisis caused by the military conflict in Ukraine is becoming a serious challenge for countries in the region that are accepting migrants, such as Bulgaria. All refugees in Bulgaria has received temporary protection and have access to medical help, work, education, accommodation and social assistance on a par with Bulgarian citizens, Donev said.

He noted that right after the start of military actions in Ukraine, Bulgaria provided medicines and first aid medical products as humanitarian assistance and a sign of solidarity with those in need.

Bulgaria’s bid to join the WHO’s Executive Board was also discussed. Donev and Kluge were unanimous that with its future membership in 2023, Bulgaria could further contribute to deepening and improving cooperation in the healthcare field.