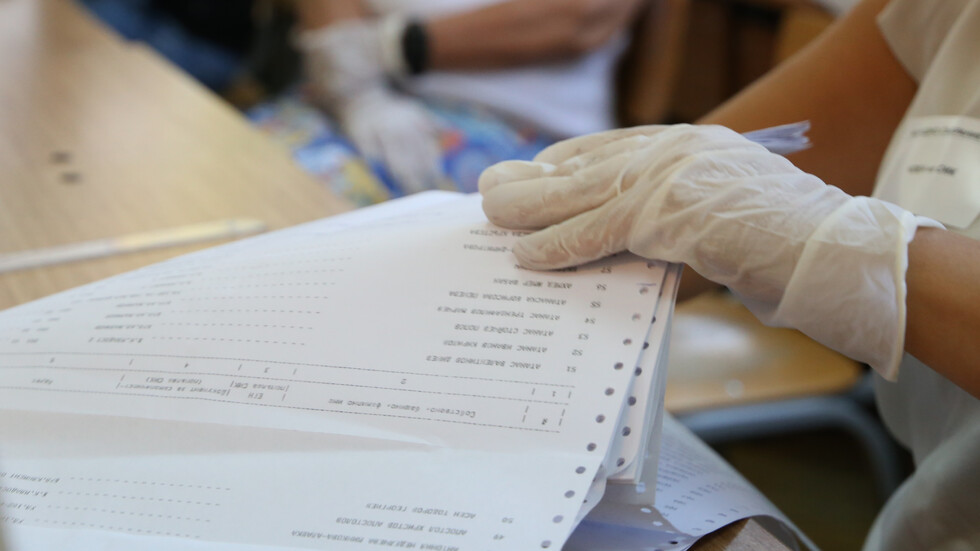 Continue the Change and Democratic Bulgaria threatened to quit the legislature and sever ties with their former government coalition partner, BSP for Bulgaria

An 18-hour-long all-night meeting, at which the parliamentary Legal Affairs Committee gave the go-ahead to controversial revisions to the Election Code that would reinstate paper ballots on a par with machine voting, triggered dramatic aftershocks on Thursday, BTA reported.

Continue the Change and Democratic Bulgaria threatened to quit the legislature and sever ties with their former government coalition partner, BSP for Bulgaria, and started organizing a protest in Sofia against the revisions. Meanwhile, GERB-UDF changed their mind about the changes (which they initially backed and some of which they proposed themselves) and said they were willing to revisit the bill. Finally, Democratic Bulgaria, in a more reconciliatory tone, urged everybody to calm down down and start a fresh debate on the election rules.

At the committee stage, the controversial amendments were pushed through by the votes of BSP for Bulgaria, GERB-UDF and the Movement for Rights and Freedoms (MRF). They give voters an option to use a paper ballot or a machine, raise from 40 to 100 the number of voter applications required for the opening of a voting section abroad, disband the advisory expert Public Council with the Central Election Commission (CEC), and scrap a separate multi-member constituency for expatriate voters, which should have become effective after the results of the latest population census were officially announced on October 3, 2022.

On Thursday morning, the Continue the Change Parliamentary Group (the second largest in the legislature) walked out of the debating chamber after reading out a declaration on the Election Code revisions that had just been approved on second reading by the Legal Affairs Committee.

Floor Leader Andrey Gurov said that what happened at the Committee had been "a farce" that "had nothing to do with parliamentarianism". "It was a travesty in which all masks fell. The sole purpose was to substitute the vote of Bulgarian people. It was an assault on democracy. So much for facilitating voting and the feigned wish for a high turnout," Gurov argued.

He saw this as one more reason why people emigrate in pursuit of a better life. "After a 15-hour battle at the committee, the paper ballot mafia rampaged the Election Code and abolished the CEC's Public Council," Gurov added.

Turning to Bulgarian people, he said: "Have no illusions, nothing guarantees your vote anymore, the machines will not store any data, they have been turned into printers. They will just print out the ballot paper, and then GERB and the MRF will do the counting, removing the inconvenient ballots, as many as they need so that the count comes out, because they invented this scheme - the old parties, the parties of the status quo, which BSP officially joined yesterday," he added.

The Floor Leader pledged that the battle "will not end tonight, nor will it end when the plenary vote is taken here - it will continue in the streets, because no Bulgarian citizen will accept this travesty," Gurov said.

Continue the Change co-leader Kiril Petkov told journalists in Parliament that the reinstatement of paper ballots is "one of the worst losses of democracy".

The MRF felt hurt by being referred to as "paper ballot mafia" and urged Parliament's Chair Vezhdi Rashidov to reprimand Gurov. Apparently referring to Continue the Change, MRF leader Mustafa Karadayi said "there are certain MPs who felt entitled to hold power, along with doctoring the voting machines and curtailing Bulgarian people's right to vote".

Next, Continue the Change and Democratic Bulgaria held a joint news briefing in the National Assembly lobby to warn BSP for Bulgaria that they will not negotiate on a coalition with them if they back the plenary vote on the Election Code revisions.

The two parliamentary groups also started organizing on social media a protest against the Election Code revisions for Friday evening in Sofia. Democratic Bulgaria mottoed their call to protest "For Fair and Free Elections!", and Continue the Change urged its supporters "to go out and assert their right to free elections".

At the news briefing with Democratic Bulgaria, Continue the Change co-leader Kiril Petkov described the Legal Affairs Committee vote in favour of the revisions as "a betrayal of the honest vote of Bulgarian people". "In this way, the paper-ballot coalition of GERB-BSP-MRF essentially told people in Bulgaria that it will decide for them and Bulgarians abroad that it does not care about them," he said.

He also said: "BSP should be aware that if these revisions are carried in plenary, we will not go to coalition negotiations with them, no matter in whose [cabinet-forming] mandate. It is up to them."

Democratic Bulgaria Floor Leader Hristo Ivanov said that Wednesday's Legal Affairs Committee debate exceeded the scope of the bill as voted on first reading. "Essentially, that was a very serious revision of the entire electoral process, without any discussion, very gravely violating the procedure, going far beyond the return of the paper ballot which was contained in the legislation initiated by the BSP." "It was also muscle-flexing, a demonstration that a majority has taken shape."

In a surprise move, GERB leader Boyko Borissov posted a video on Facebook urging the MPs of his party to retract the revisions.

He said that backing the changes plays into the hands of the formerly ruling Continue the Change, and that "they were throwing tantrums about the revisions as a distraction from the devastation they caused in the country in multiple sectors," as he put it.

Borissov also slammed the MPs for the night-long committee meeting. "What I am asking you is not to rush, nothing calls for this drama."

"We beat them [at the latest elections] under their own rules and by their own machines," he added. "They [Continue the Change] pretend to forget that the revisions were moved by their former partner [in the Continue the Change-dominated government headed by Kiril Petkov], BSP. The [CEC] Public Council must be doubled rather than disbanded. Ask CEC to invite more people to the public council and maximize the transparency. I suggest that you talk to the others MPs and make sure to guarantee the security of machine voting. We don't want to get rid of the machines. Leave the separate constituency for voters abroad. Leave the old rules. Why raise the required voting applications to 100 from 40? Leave the 40."

The video showed Borissov seated at a table in the GERB headquarters with GERB Floor Leader Dessislava Atanassova on his left and MPs Tomislav Donchev and Radomir Cholakov on his right.

Shortly after that, Atanassova and other MPs told a news briefing that they were ready to retract some Election Code revisions they had proposed: disbanding the CEC Public Council, scrapping the constituency for expat voters, and increasing the number of applications required for opening a voting section abroad.

Can Bill Be Retracted?

Then, Continue the Change and Democratic Bulgaria said in a joint declaration, read out in the debating chamber by Democratic Bulgaria Floor Leader Hristo Ivanov, that they were willing to start afresh dialogue on all aspects of the election rules. They urged BSP for Bulgaria to withdraw the draft revisions to the Election Code they had proposed, so that "a conversation on the election process can start publicly and from scratch". Democratic Bulgaria, for their part, are ready to withdraw their own bill amending the Election Code in relation to the voting machines software.

Ivanov suggested that on Friday BSP for Bulgaria move to Parliament a draft resolution on a withdrawal of the amending bill that had been approved by the Legal Affairs Committee. He was adamant that such a move was admissible under the Rules of Procedure.

BSP for Bulgaria Floor Leader Korneliya Ninova countered that, under the parliamentary Rules of Procedure, her parliamentary group may not withdraw the proposed revisions once they had been approved by the Legal Affairs Committee. Speaking at a news briefing, Ninova said that Parliament was competent to resolve on a withdrawal of the bill.

"Today's discussion on the Election Code revisions has been very high-pitched, and there has been name calling. The tone was set by Continue the Change and Democratic Bulgaria," the BSP for Bulgaria Floor Leader commented.

"We urge everyone to calm down and take reasonable decisions with reasonable arguments. The parties that proclaim themselves as 'pro-European' and 'democratic' are challenging European democracy because machines are not used for voting anywhere else in Europe. Today, Parliament adopted a declaration on Bulgaria's accession to the Schengen area, but Continue the Change and Democratic Bulgaria did not vote and in the Social Policy Committee, and a bill on family allowances for children was dropped from the agenda on a motion by Continue the Change. So much about Continue the Change and Democratic Bulgaria being pro-European and socially oriented. Today they branded as 'status quo' the parties that support Election Code revisions and expressed disgust with them, but they are not disgusted to vote together with the status-quo GERB and MRF to allow the sending of weapons to Ukraine and the payment for new aircraft. They do not want talks with the BSP on a government – that is up to them, but the Bulgarian people must be aware who will ruin the chance of having a regular cabinet, a working parliament, a calm winter, social payments and guarantees for the economy. This hysteria is increasing suspicions about rigging the machine vote."