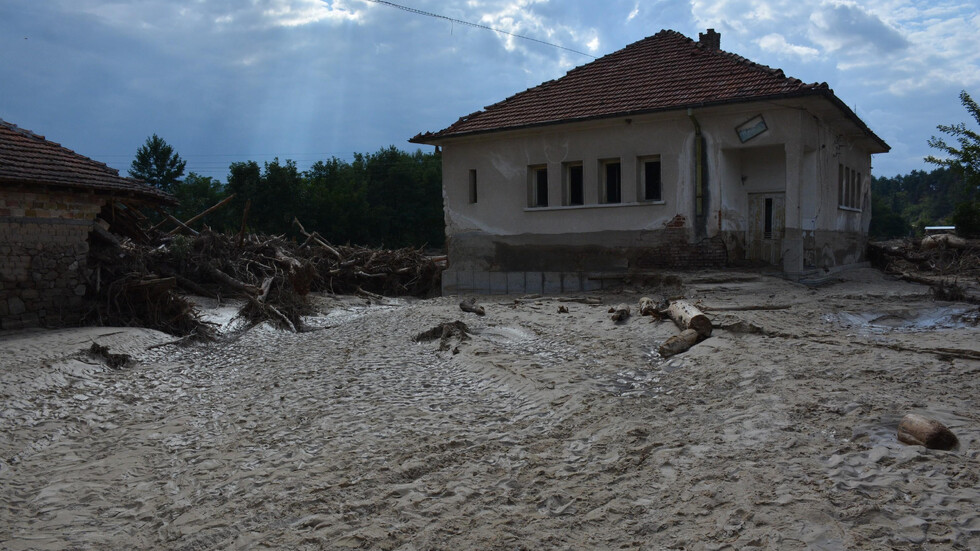 A total of 22 temporary housing units will be provided by the state to people who lost their homes in the flooding in the Karlovo region, Plovdiv Regional Governor Angel Stoev told journalists in one of the affected villages - Bogdan. He specified that five of the units will be in the village of Slatina, seven in Karavelovo and ten in Bogdan. The container homes will be delivered in 10 days.

On September 19, a total of 378 affected families will receive the one-time aid of 375 leva in social assistance.

Stoev said that the clearing in the village of Slatina is at its final stage and will be completely finished in two to three days. There are no private homes there that have not been cleared, only three public buildings remain, he specified.

There are currently about 200 volunteers from different administrations in the villages of Karavelovo and Bogdan, plus citizens who are also actively helping. In Bogdan, there are 100 unemployed who are working under the Employment Agency programme. Stoev expects that there will be about 1,000 volunteers at the weekend.

About 13 to 15% of the houses cannot be cleared because their owners are not there, said the mayor of Karlovo municipality Emil Kabaivanov, adding that it is forbidden for volunteers to enter homes when no one is there.

The state will transfer BGN 10 million to the municipality of Karlovo through the interdepartmental commission for reconstruction and assistance, Stoev said. Part of the funds will cover activities that have been carried out, and another will go to redesigning the streets, bridges and riverbeds.

The three doctors' offices in the villages are working normally. Bulgarian Red Cross psychological support teams are also on site.