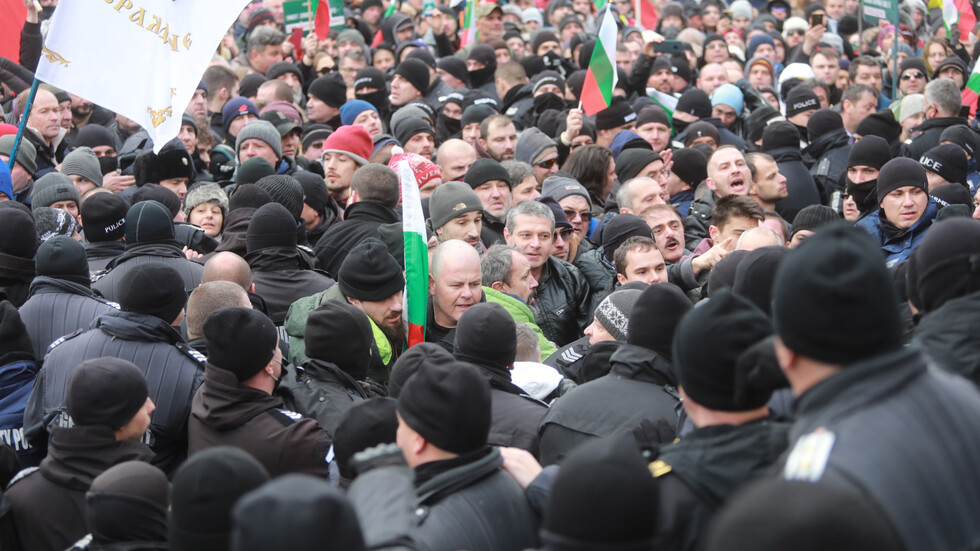 There were injured people including nine policemen

People who joined a national protest against the green certificate in Bulgaria tried to storm the building of the Parliament on Wednesday. The demonstration was organized by Vazrazhdane party.

THE PROTEST IN PICTURES HERE

About an hour after the beginning of the protest the crowd broke through the police cordon and reached the main entrance of the National Assembly's building. The policemen managed to stop the attack as well as the second one - at the service entrance.

Two men were arrested at the protest. One of them was carrying a gas weapon. Nine police officers were injured, the Ministry of Interior announced. There were injured protesters as well.

Shortly before the protest began, MPs left the building. Only the representatives of Vazrazhdane remained indoors for several hours.