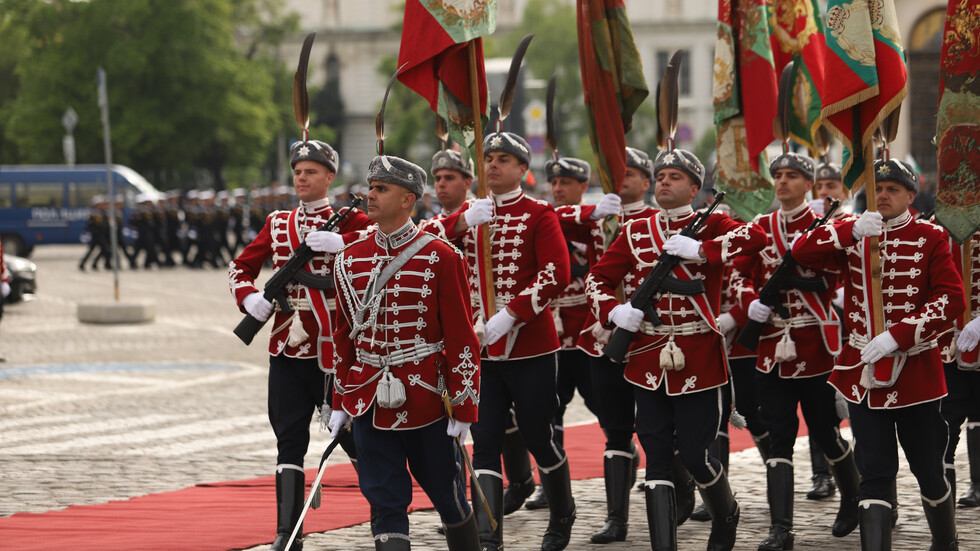 May 6 was marked countrywide by various events as the Day of Valour and of the Bulgarian Armed Forces.

In the morning, the military standards were blessed and sprinkled with holy water by Bishop Polycarp of Belogradchik in an Eastern Orthodox rite in front of the Monument to the Unknown Soldier in central Sofia.

In an address read at the ceremony, Bulgarian Patriarch Neophyte noted, referring to the "fratricidal war in Ukraine", that "one Orthodox people is fighting against another Orthodox people in an unjustified and unnecessary bloodshed, sowing the seeds of perpetual enmity and division between brothers in faith and kin." "We recall the foundation of our Christian faith which enjoins us to be peacemakers, but also not to resign to evil," the head of the Bulgarian Orthodox Church pointed out.

President Rumen Radev, who is also Supreme Commander in Chief of the Armed Forces, reviewed the guard of honour.

Radev, Defence Minister Dragomir Zakov and the Chief of Defence, Admiral Emil Eftimov, laid wreaths at the Monument to the Unknown Soldier and paid tribute to the memory of the fallen for Bulgaria's freedom and independence.

The national anthem was played while a 20-gun salute was fired.

At the end of the ceremony, the soldiers of the National Guard Unit, dressed in the uniforms of the Land Forces, the Navy and the Air Force, marched past the attending dignitaries, who included Prime Minister Kirl Petkov, Vice President Iliana Iotova, Sofia Mayor Yordanka Fandakova, MPs, senior military officers, foreign diplomats and military attaches.